Connect with us:
Home / About Us

About the job of Tax Collector

The elected office of Tax Collector was established in the 1885 Florida Constitution based on the idea that local taxes could best be collected at the local level.  Constitutuionally elected tax collectors are State Officers elected to serve in each County; this results in the tax collector being more responsive to the needs of the community in which he or she is elected. This independence, coupled with a wide variety of duties and responsibilities, allows Tax Collectors to exercise valuable leadership roles in Florida’s government and to carrry out specific delineated statutory and regulatory laws enacted by the Florida legislature.  In most counties, the Tax Collector is responsible for not only the collection of ad valorem taxes, which is the single largest tax collected in Florida, but also collection of other taxes at the local level and on behalf of state agencies such as the Department of Revenue, Department of Highway Safety & Motor Vehicles, and the Fish & Wildlife Conservation Commission.

Linda Myers moved to Florida in 1961 with her family when her father was transferred to McCoy Air Force Base in Orlando,  she has called Florida home since that time.  On November 6, 2012, Linda Myers was elected as the Putnam County Tax Collector and took office January 1, 2013.

Linda graduated from the University of Florida with a Bachelor of Science in 1973 and a Master of  Accountancy in 1991; she achieved her CPA certification in 1992.  Prior to serving as the Putnam County Tax Collector, Linda was in private practice as a CPA for 20 years and was the owner of a Dunkin’ Donuts franchise for 30 years.  Linda served as Putnam County Commissioner from 1998-2006.  Her accounting and business background coupled with serving her community as a Commissioner has brought customer service experience, financial acumen and the desire to serve her community as the Tax Collector.

Linda lives with her husband Vernon in Palatka; they have three daughters, three sons and 10 grandchildren.

Also In This Section 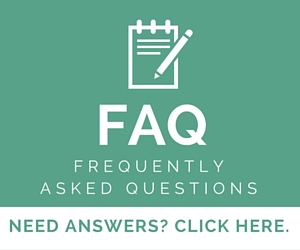 Download the guideClick here to download your copy of the Florida Drivers Handbooks for CDL, motor vehicles & motorcycles.